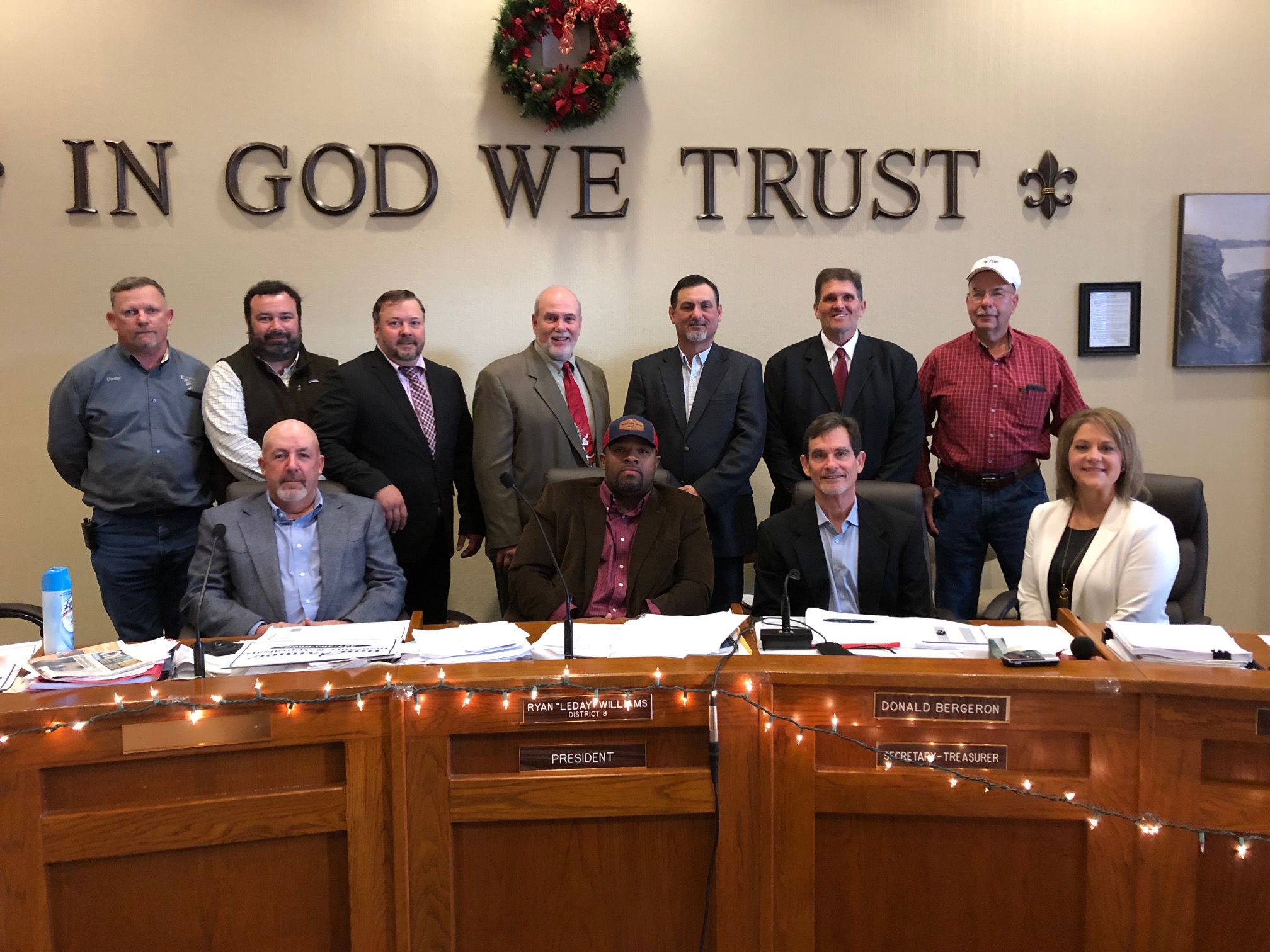 Evangeline Parish Police Jury All French Meeting December 14, 2021 The Evangeline Parish Police Jury conducted their annual all French meeting today (Tuesday) at the courthouse. A large group of well wishers were in attendance to view this unique event. It is the only known governmental meeting to conduct a meeting in French in the state. District Six Police Juror Eric Soileau conducted the meeting in the place of President Ryan Williams. One of the highlights of the meeting were students from the French Immersion program who led the group in the Pledge of Allegiance and sang three Christmas songs in French. Evangeline Parish Clerk of Court Randy Deshotel led the group in the invocation all in French. Ville Platte native Amanda Lafleur Giambrone attended the meeting and praised the police jury for their efforts in supporting our Cajun French heritage. She urged the public wanting to learn how to speak and write in French to buy the new book by David Marcantel about the funny Cajun stories by Avoyelles Parish storyteller Marion Marcotte. The new book has the original French lines on one side of the page and the English translation on the other side. State Senator Heather Cloud reported that seven million dollars has been allocated by the state for the resurfacing of US 167 in Evangeline Parish. Also efforts are underway to get funding for LA 106 to Allen Parish. The police jury approved the following: --approved the reappointment of Greg Morein to the Mamou Fire Protection District Board and Allen LeJeune to the Acadia -Evangeline Fire Protection District Board for another two year term; --approve the appointment of Lucas Berzas to the Acadia -Evangeline Parish Fire Protection District Board replacing Randal Fruge; --received a report from Secretary Treasurer Donald Bergeron announcing that this parish received $368,057 in sales tax collections for November; Recognized the following guests in the audience: former Jury Secretary Treasurer Doug Deville, Jerrie Ledoux with the Congressman Mike Johnson’s Office, Clerk of Court Randy Deshotel, Senator Heather Cloud, former Secretary Treasurer Dale Reed, Sheriff Charles Guillory, Ville Platte Mayor Jennifer Vidrine, Evangeline Chamber of Commerce President Dr. Gwen Fontenot, Assessor Chris Guillory, Registrar of Voters Lucas Buller and Evangeline Parish Tourism Director Elizabeth West.