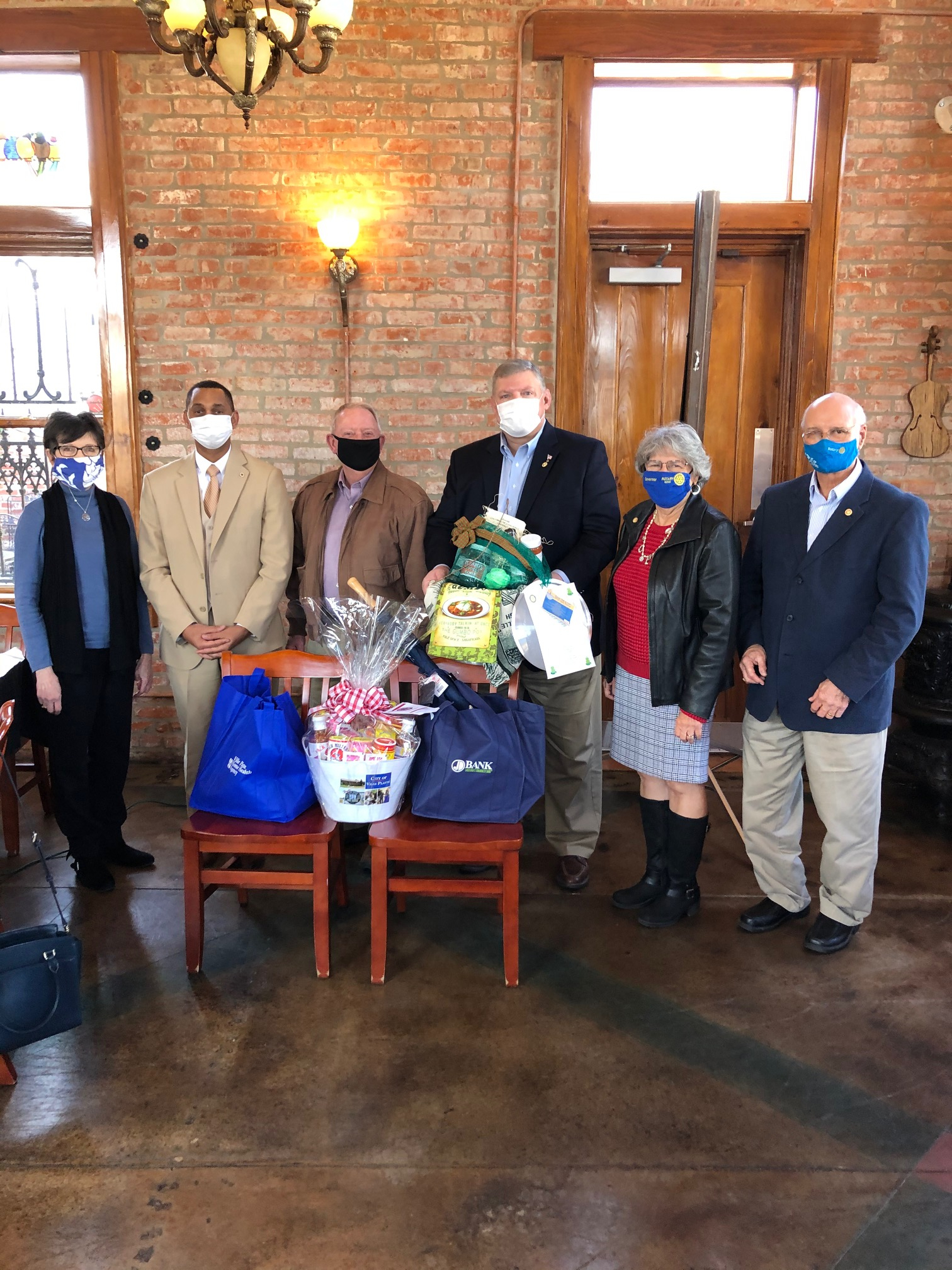 Rotary Club Meeting January 12, 2021 The Ville Platte Rotary Club today (Tuesday)heard from District 6200 Governor Yvonne Norman of Opelousas. She invited club members to make plans to attend the annual District Conference scheduled for April 15-17 in Opelousas at the Civic Center. One of the highlights of the annual event is the food fest which will be held at the “Vieux Village” welcome area. Club members can either attend in person or attend online in a virtual setting. She urged the Ville Platte club to consider beginning a satellite club of club members that meet at a different time. She suggested the second club could be made up of teachers or medical personnel who because of their professions could not attend the noon meeting. She reported that a satellite club could begin with at least eight people. Governor Norman complimented the Ville Platte club for sponsoring two Interact clubs meeting at Sacred Heart and Ville Platte High Schools. She suggested beginning a Roteract Club for young professionals age 18 and older.