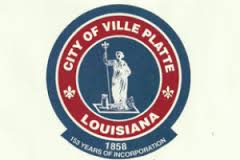 Ville Platte City Council Meeting January 4, 2022 The Ville Platte City Council, Wednesday, held its first meeting of the new year with new members and took care of house keeping responsibilities. New Mayor Ryan LeDay Wllliams recommended Donald Bergeron as the new city clerk. Bergeron has been serving for the last ten years as Evangeline Parish Police Jury Secretary-Treasurer. City Councilman Bryant Riggs said he had no problem with Bergeron as the new city clerk but had concerns over the proposed salary. Currently the city clerk pay scale is set by ordinance at $49,000. Bergeron’s pay is expected to be $75,000 a year. Riggs felt the pay rate should be closer to $60,000 a year and the council should look at trying to give all city employees pay raises. Mayor Williams explained to Riggs and the city council that Bergeron’s duties will encompass three positions: City Clerk, City Treasurer and Tax Collector. By combining all three positions, the city will actually save $14,000 a year. Bergeron was appointed as new City Clerk by a vote of 5-1 with only Bryant Riggs voting no. In his statement after the vote, Bergeron said “I appreciate your vote of confidence. I will work hard to earn every dollar. We are committed to help raise the level of pay to all city employees.” In other business, the city council: --appointed Chris Ludeau as new city attorney; --appointed Deidra Godfrey as new city prosecutor; ==appointed Janice Leday as new Section 8 director; --appointed the Ville Platte Gazette as its legal journal; And voted to set its monthly meeting the second Tuesday each month at 5:30pm at City Hall