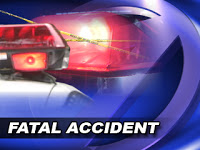 Unrestrained Driver Killed in Evangeline Parish Crash Evangeline Parish – On November 3, 2022, shortly after 10:30 p.m., an officer with Ville Platte Police Department attempted to conduct a traffic stop. The driver refused to stop and a pursuit ensued which ended in a fatal crash that claimed the life of the driver, 41-year-old Gary Macneil Sims of Ville Platte. The initial investigation revealed the officer attempted a traffic stop on a 2004 Toyota Camry after the owner reported an unauthorized use of her vehicle. The driver, Sims, began fleeing from police at a high rate of speed. For reasons still under investigation, Sims lost control of the Camry in a curve and exited LA 10 near Pelican Road. Upon doing so, the vehicle overturned several times before striking a utility pole. Sims was unrestrained and was ejected from the vehicle. He was pronounced dead at the scene by the Evangeline Parish Coroner’s Office. Due to the extent of his injuries, a toxicology sample was unable to be obtained for analysis. This crash remains under investigation. While not all crashes are survivable, proper seat belt usage can greatly increase the chances of surviving a crash by spreading out those forces across the strong bones of the body. Speed increases those forces and increases the degree severity in a crash. Please be a responsible driver or a responsible passenger, and buckle up every ride, every time. In 2022, Troop I has investigated 48 fatal crashes resulting in 54 deaths.