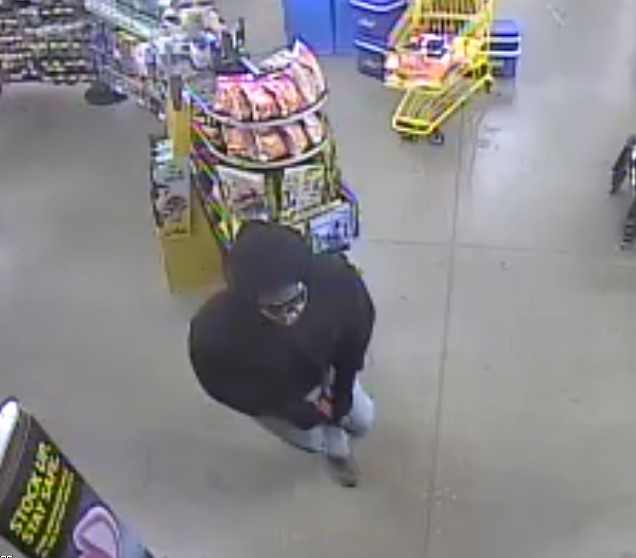 On Sunday July 10, 2022, at approximately 2130 hours, the Evangeline Parish Sheriff’s Office Patrol Division responded to an Armed Robbery in progress located at the Dollar General Store on the 1700 Blk. of the Chataignier Rd. just outside of Ville Platte. The victim reported that a Black Male, between 5-10 and 6 feet tall, medium build, wearing blue jeans, a long sleeve hooded shirt, and a mask resembling a skull, entered the store and pointed what appeared to be a small pink hand gun at the victim demanding money. The victim then immediately retreated from the suspect and locked herself inside the manager’s office. During that time, the suspect attempted to open the register but was unsuccessful. Prior to Deputies arrival, the suspect fled the scene on foot in an unknown direction. If anyone has any information in reference to this incident please contact the Evangeline Parish Criminal Investigations Division at 337-363-2161.