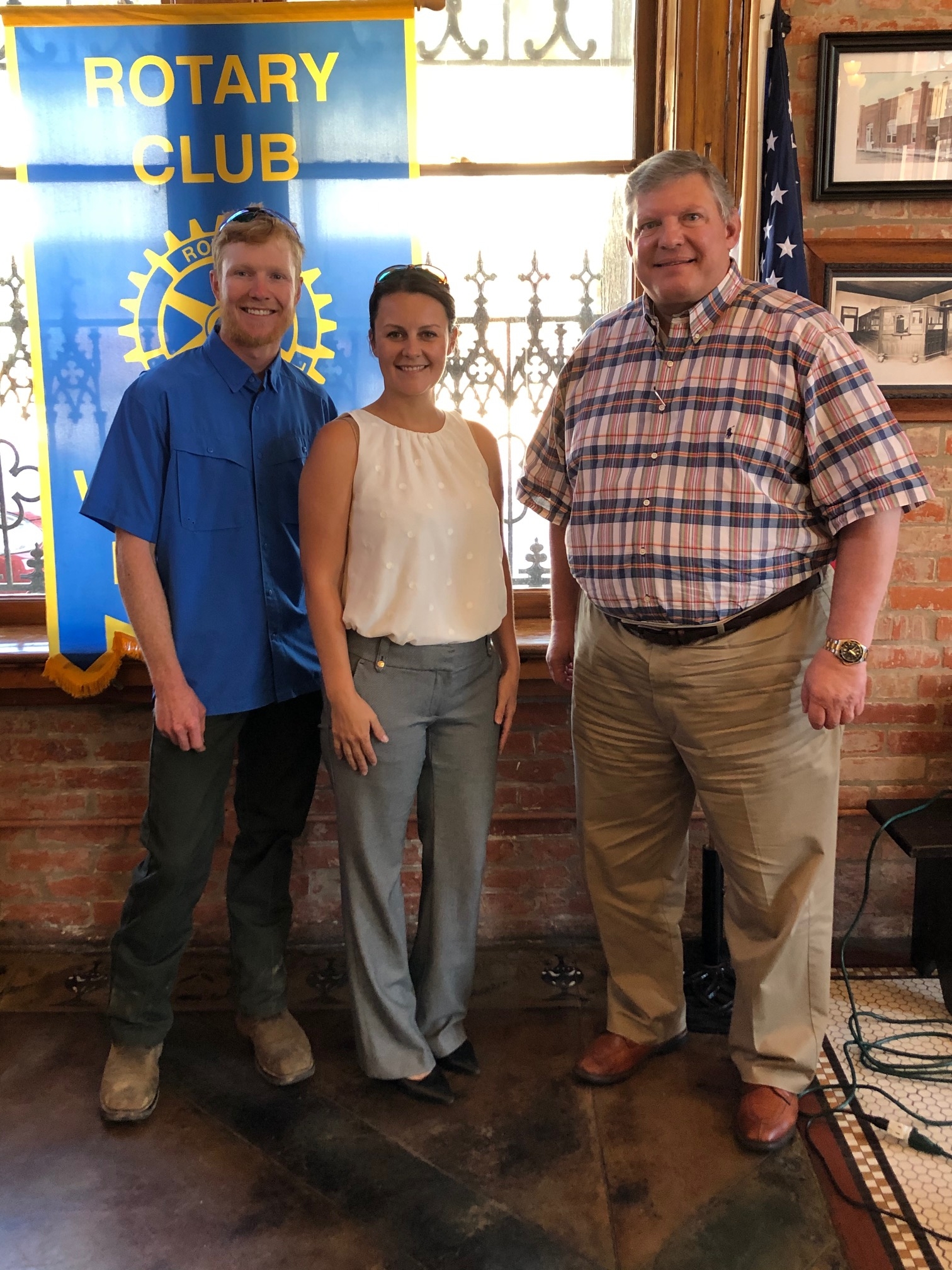 The Mayor of Turkey Creek, Phillip Cavins, was the guest speaker at the Ville Platte Rotary Club meeting today (Tuesday). Cavins who has been mayor of Turkey Creek for the past two years, spoke about flooding and damages caused by the two recent hurricanes. While Laura caused more damage to homes and structures, Hurricane Delta brought more rain. He reported that two homes flooded with more than 6 inches of rain inside the homes. Overall, he announced that Delta brought about 13 inches of rain to Turkey Creek. The mayor said he and the Village Council have beefed up the law enforcement presence inside the village with four full time police officers and a K-9 drug sniffing dog. Arrests have increased especially in drug cases. Mayor Cavins announced that he was forced to cancel the annual Christmas in the Village event usually held at the Turkey Creek park because of concerns with Covid-19. However the annual Christmas parade will go on as scheduled. Mayor Cavins also discussed his hydroponic farm operation in Pine Prairie, Prairie Culture Farms that is providing fresh produce to stores, restaurants and to the general public. In other news, it was announced that Rotary District Governor Yvonne Norman will make a virtual appearance to the local club next week.