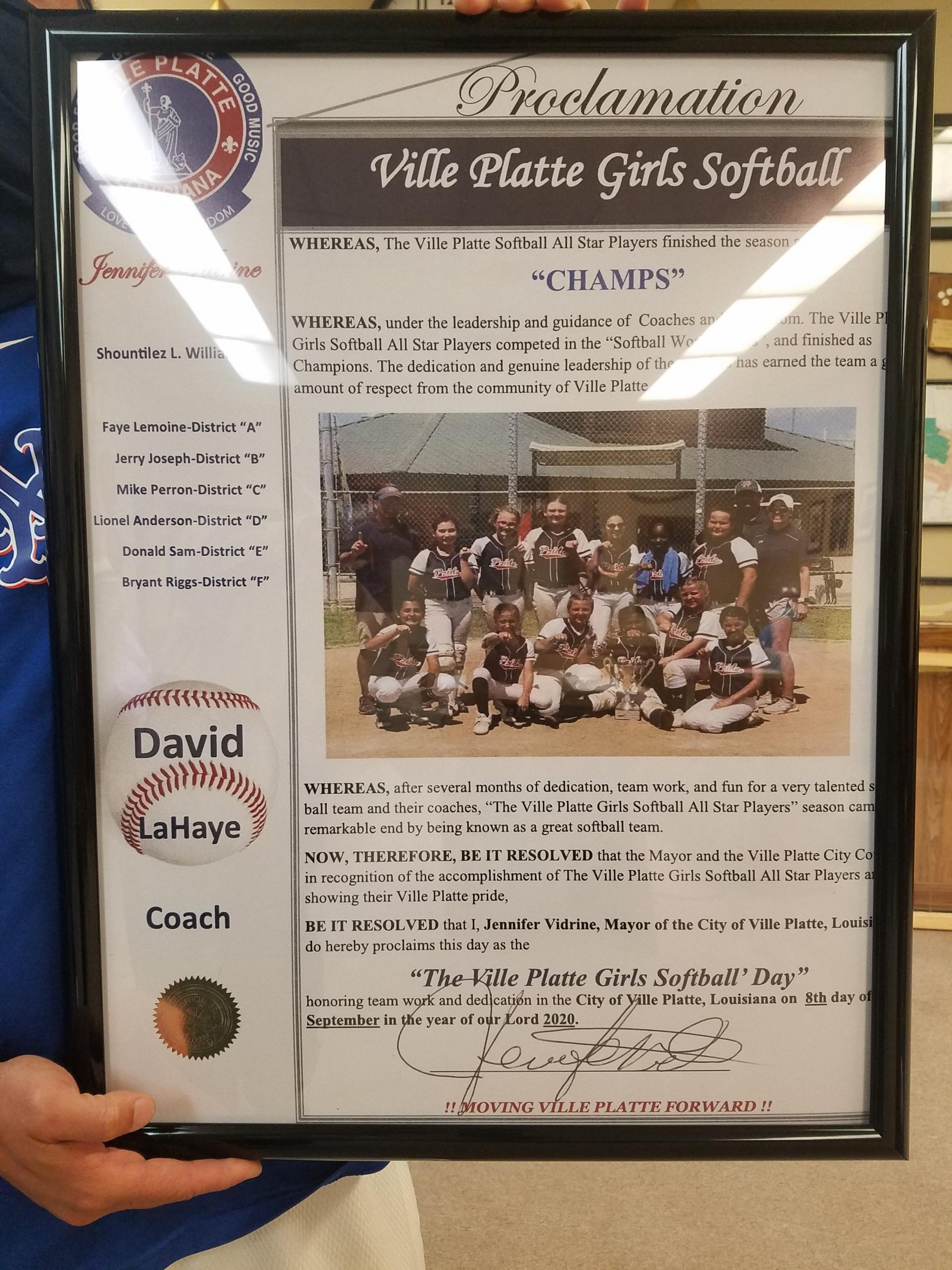 At the regular monthly meeting Tuesday evening, Mayor Jennifer Vidrine announced that the City of Ville Platte was approved for a grant of nearly $171,000 to install energy efficient lights in all municipal buildings. The project, funded by the Louisiana Public Service Commission, will start in about two weeks. The mayor also announced continued progress on improving the city’s image through the demolition of abandoned property. She said that in the last nine weeks, 21 properties have been demolished, and that 30 more letters were sent out to property owners this week. Since last September, the City has cleaned up 146 properties. However, the mayor noted, there are still more than 300 properties on the list. Once abandoned or overgrown property has been identified, the City sends certified letters to the owners telling them that they must demolish and clean up the property. If the owner does not do the clean up in the specified amount of time, then the City does the work. However, the cost of the demolition is added onto the owner’s tax bill. “I encourage all property owners to take care of the problem, rather than wait for the City to do it,” Vidrine urged. “If the City has to do it, it will be more expensive than just getting it done yourself.” The mayor said that while some property owners do the work themselves, most end up waiting until the City has to do it. Vidrine also praised both the city workers and CLECO for their work before and after Hurricane Laura. In addition, she said that a city crew is cleaning up the Old Ville Platte Cemetery; but, she urged residents to stop littering. “I took a walk in the graveyard today,” she said. “You should see all the beer cans, and Popeye’s boxes, and other items that won’t be mentioned in this meeting, that litter the graveyard. We shouldn’t litter anywhere, but in the cemetery. Please have more respect than that.” Fire Chief Fabien Poullard reported that firemen went to Lake Charles on Saturday to deliver supplies and provide hot lunches. All of the firemen who weren’t on duty volunteered to go. More than 700 meals were provided, along with cleaning supplies, sanitizer, masks, and tarps. Fabien said that the fire department is planning another trip, and that he would announce the details once they have been finalized. The Council declared Tuesday, Sept. 8, 2020, as the “Ville Platte Girls, Softball Day” in honor of the Ville Platte Pride softball team, which won the Fastpitch America Softball Association World Series last month. Assistant Coach David LaHaye accepted framed proclamations on behalf of the team and coaches.

The late singer would have turned 97 on September 17th.