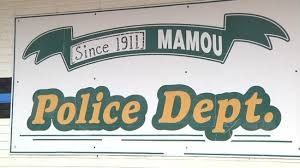 Mamou Police was notified of a 4 wheeler theft that occurred in the early hours of June 22, 2022. After the initial officer answered the complaint, Chief Zackery, Assistant Chief Mitchell and Captain Benoit were notified of the theft and began an investigation. This case was able to be solved within the first 24 hours of the ATV being stolen. Through thorough investigations they were able to recover and return the ATV to the owner along with having a suspect apprehended. In another case, On June 23, 2022 Mamou Police were contacted about a residential burglary on the 600 block of 5th Street. Officers responded and started their initial investigation. Captain Benoit was then notified and assigned the case where he further investigated the incident. Chief Zackery, Assistant Chief Mitchell and Capt Benoit were able to gather information and leads to suspects that were involved in the burglary. Arrest warrants have been secured and executed on several individuals. Several firearms and an ATV has been recovered. Still missing is a 2006 Chevrolet Z71 pickup truck grey in color with a deer antler decal on the back glass. Officers are also seeking the identity of one juvenile suspect who goes by the name “Tuttie” or Pah-Tuttie”. If anyone knows or can identify this subject are asked to contact the Mamou Police Department. All calls will remain anonymous.