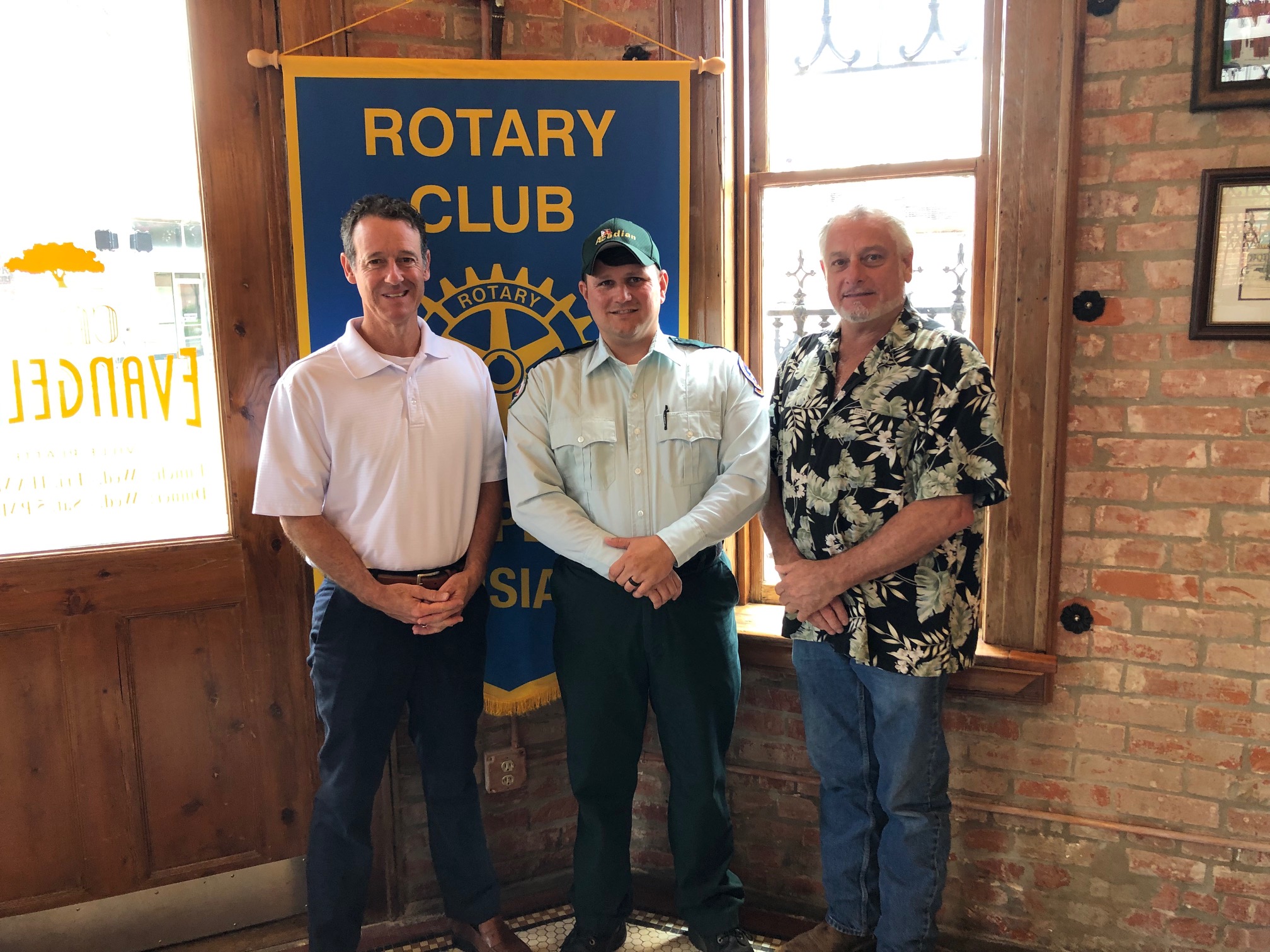 Jacques Dupre, a 17 year veteran paramedic with Acadian Ambulance Service was the guest speaker at Tuesday’s meeting of the Ville Platte Rotary Club. Dupre is a resident of Baton Rouge and a native of Ville Platte. He is training to receive his funeral license through Commonwealth Institute of Funeral Service. Dupre said he is happy to be back in his home town. He announced Acadian Ambulance Service is celebrating its 51st anniversary in business this year. The company has grown to operate some 600 ambulances throughout Louisiana, Mississippi and Texas. The company receives an average of 1500 calls per day in its service area. He reported that an applicant to become an E.M.T. must be at least 18 years old, have a chauffer’s license and successfully complete the Emergency Medical Technician course. Dupre was the special guest of Rotarian Richard LeJeune.