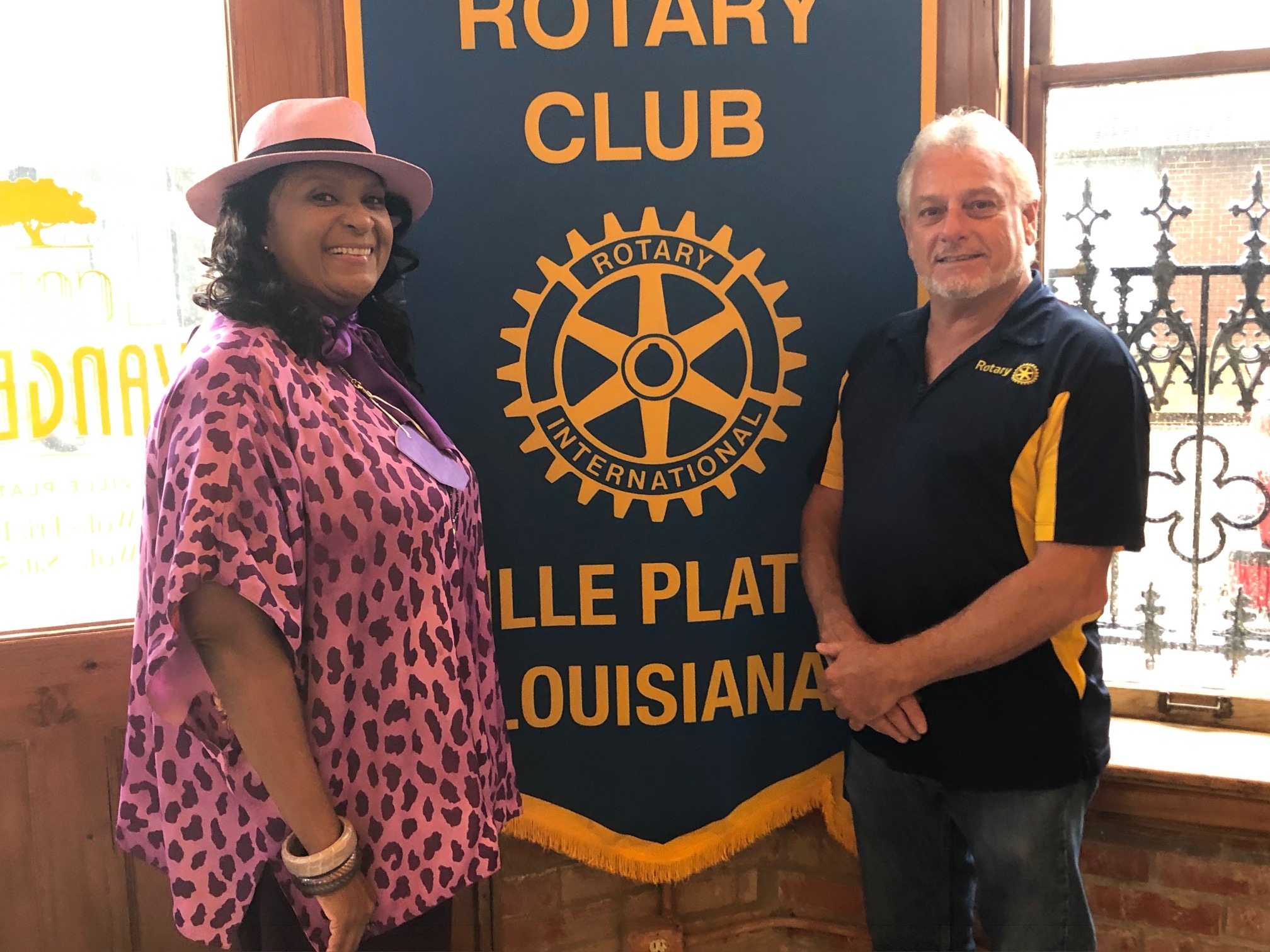 Rotary Club Meeting August 23, 2022 The Ville Platte Rotary Club heard from Ville Platte Mayor Jennifer Vidrine at its meeting today (Tuesday) at Café Evangeline. Mayor Vidrine said the city is getting ready to complete work on its initial 25 streets using grant funds. Once the work is done, an additional 28 streets are due to be re paved or repaired. On top of that, 30 additional streets are expected to be improved using federal infrastructure funds. She reminded residents that major streets like Main, LaSalle and Tate Cove road are not on the list of streets since they are state highways. Also, groundbreaking is planned soon for the new five million dollar city sewer plant that will replace the 40 year old sewer treatment facility. The new plant will take about 2 years old for construction. The city will have funding to rebuild the 21 sewer lift stations around the city. The city is expected to receive $400,000 in grant funds to make improvements to the Northside City Park and Martin Luther King South Side Park to add walking paths and playground equipment. Improvements will also be made to the Heritage Garden Park. The mayor said funds will be available to construct mini “pocket” parks in five areas around the city include: Demoncheveaux subdivision, Cotton Street, Stagg Street and other areas. The city is looking at commissioning a new mural on the side of a private building at the corner of Main and Railroad. The current mural painted on the side of city hall has won praise and an award by the Louisiana Municipal Association. The abandoned homes project continues in the city. The mayor reported that 148 old buildings and homes have been torn down. However there are still about 300 dilapidated buildings to go. The city is waiting on the supply chain issue to catch up. City officials are waiting to get new stop signs, 25 new street cameras and street signs as well as equipment like tractors and back hoes. Mayor Vidrine reported that fiber broadband service is coming to Ville Platte. LUS officials are planning to have an office in Ville Platte in the next two months to offer high speed internet service to local customers. LUS is expected to hire local residents to work for the company to connect people all over the city and parish. Also, the mayor announced that a new welcome sign will be installed on the East side of Ville Platte near Tobacco Plus that will include water fountains and lighting. In other business the club welcomed three new members: Pat Duplechain, Lauren Fontenot and Angela Fontenot.