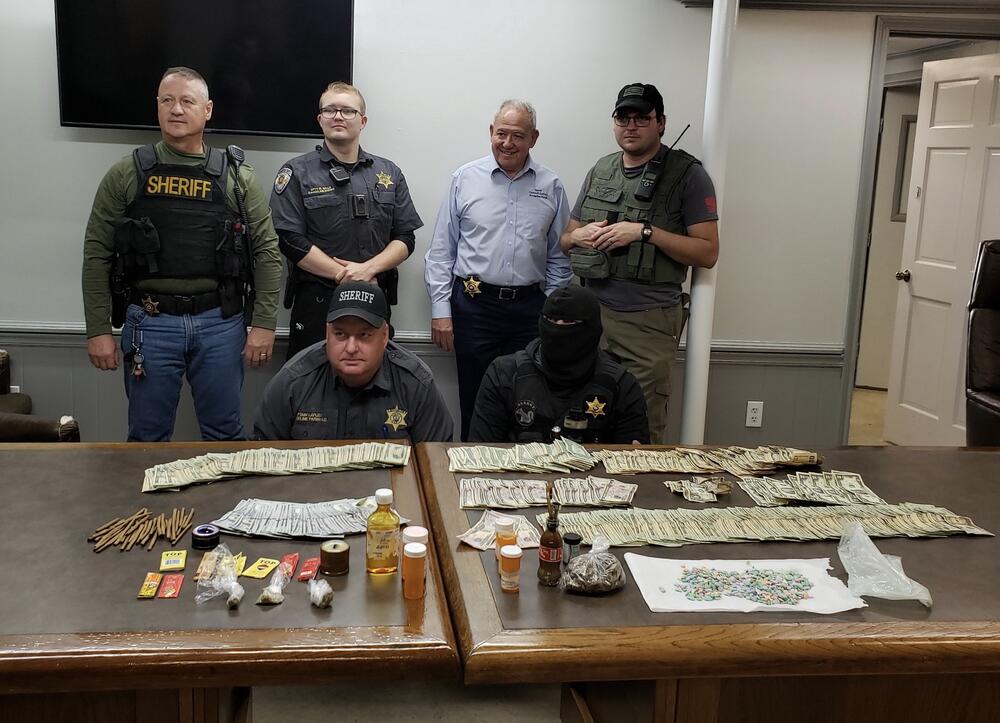 Sheriff’s Office makes large drug bust November 20, 2020 Early Wednesday morning, November 18, the criminal patrol unit of the Evangeline Parish Sheriff’s Department executed a search warrant at a residence at 601 North Coreil Street. Deputies made entry and detailed two suspects who were sleeping at the time. The deputies searched the residence and located a large amount of illegal narcotics and currency from drug sales. The following suspects were arrested: James Miller age 56 and Joana Lafleur age 66 both of 601 North Coreil Street. The following drugs were recovered and sized: 45 grams of marijuana, 32 hand rolled marijuana cigars, 763 tablets of ecstasy pills, 90 tablets of Gabapentin, 19 tablets of Vyvanse, 2 tablets of Phentermine, 10 tablets of Quetiapine, two containers with a white powdery substance with a total street value of $8900. Deputies recovered and seized over $17,800 in U.S. currency from the drug proceeds. Deputies also seized two vehicles that were purchased through drug sales. In a statement to the public, Sheriff Charles Guillory said “Since taking office on July 1, I have kept my word and commitment to clean Evangeline Parish of narcotics. We were able to secure a trained drug dog at no cost to the parish. We implemented a criminal patrol division. Since the inception of the criminal patrol division we have made a difference. Since July, the Sheriffs Department has made a total of 57 drug arrests including the following: possession of marijuana, possession of cocaine, possession of LSD and ecstasy, possession of methamphetamine and possession of heroin. We have seized and recovered several firearms with the narcotics. We have seized two vehicles as of now. We have also recovered over $19,000 in currency from the sale of illegal narcotics."