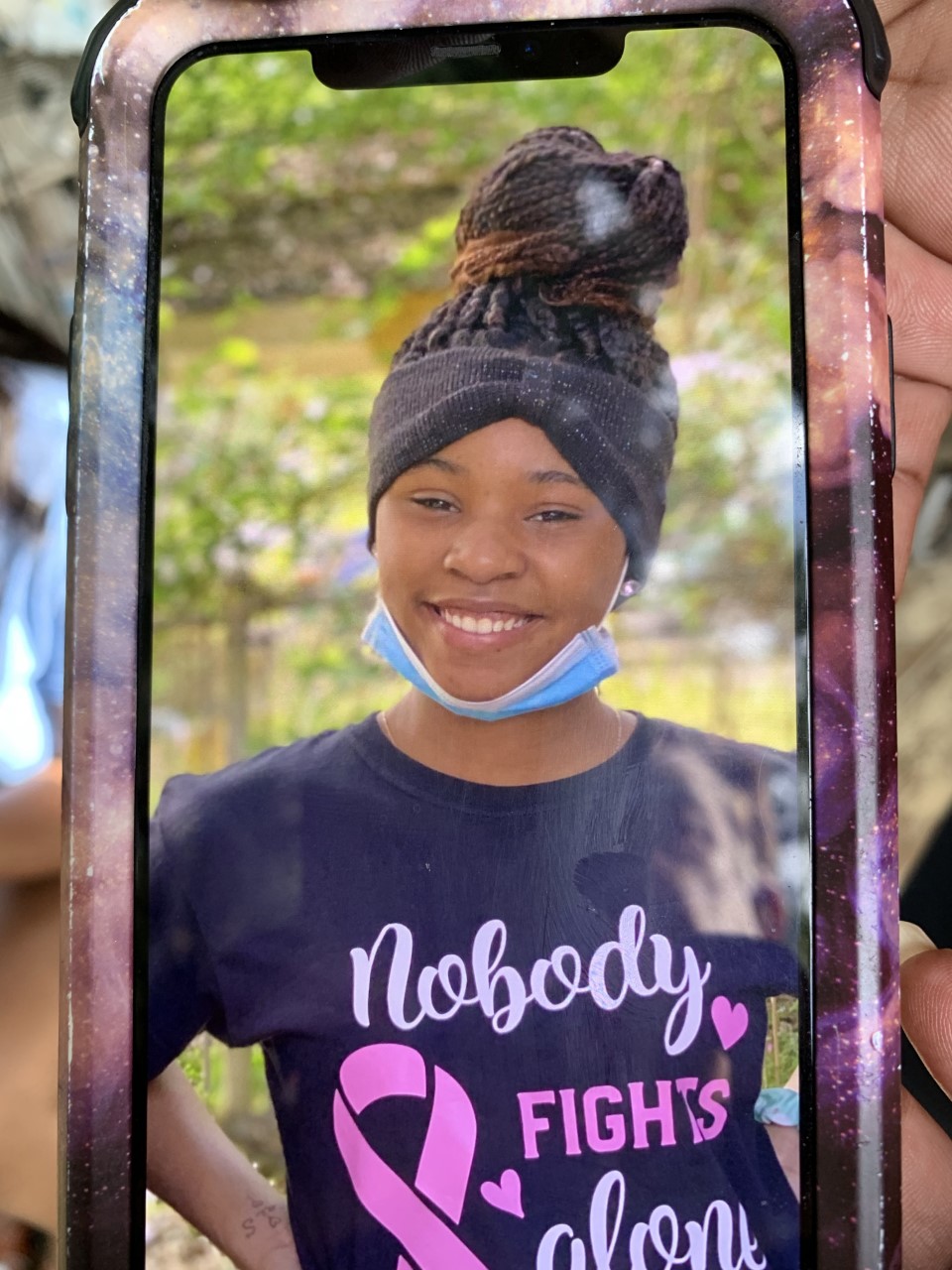 Ville Platte Police Chief Lartigue reports a missing juvenile. On Monday, June 7, 2021 at approximately 7:30 p.m., Officers with the Ville Platte Police Department responded to the 900 block of West Jefferson Street in reference to a missing juvenile. The mother of the juvenile stated that her 15 year old daughter said she was going to the movies with her sister and father but she saw her daughter get into a blue Chevrolet pickup truck and leave the area. The mother contacted the other parties who had no previous plans with her daughter and did not know her location. The driver of the blue truck was located and stated that he dropped Dajiyia off in the area of Kembo Street. At this time the juvenile is not making contact with her family. The Ville Platte Police Department is seeking information on the location of Dajiyia Ardoin. Dajiya is a 15 year old black female with black hair and brown eyes and was last seen wearing black shorts, and a black and a tan striped shirt with a picture of a girl on it. Chief Lartigue is requesting that anyone with information on the whereabouts of Dajiyia Ardoin to call the Ville Platte Police Department at 363-1313. Dispatchers will take your information and you will remain anonymous.