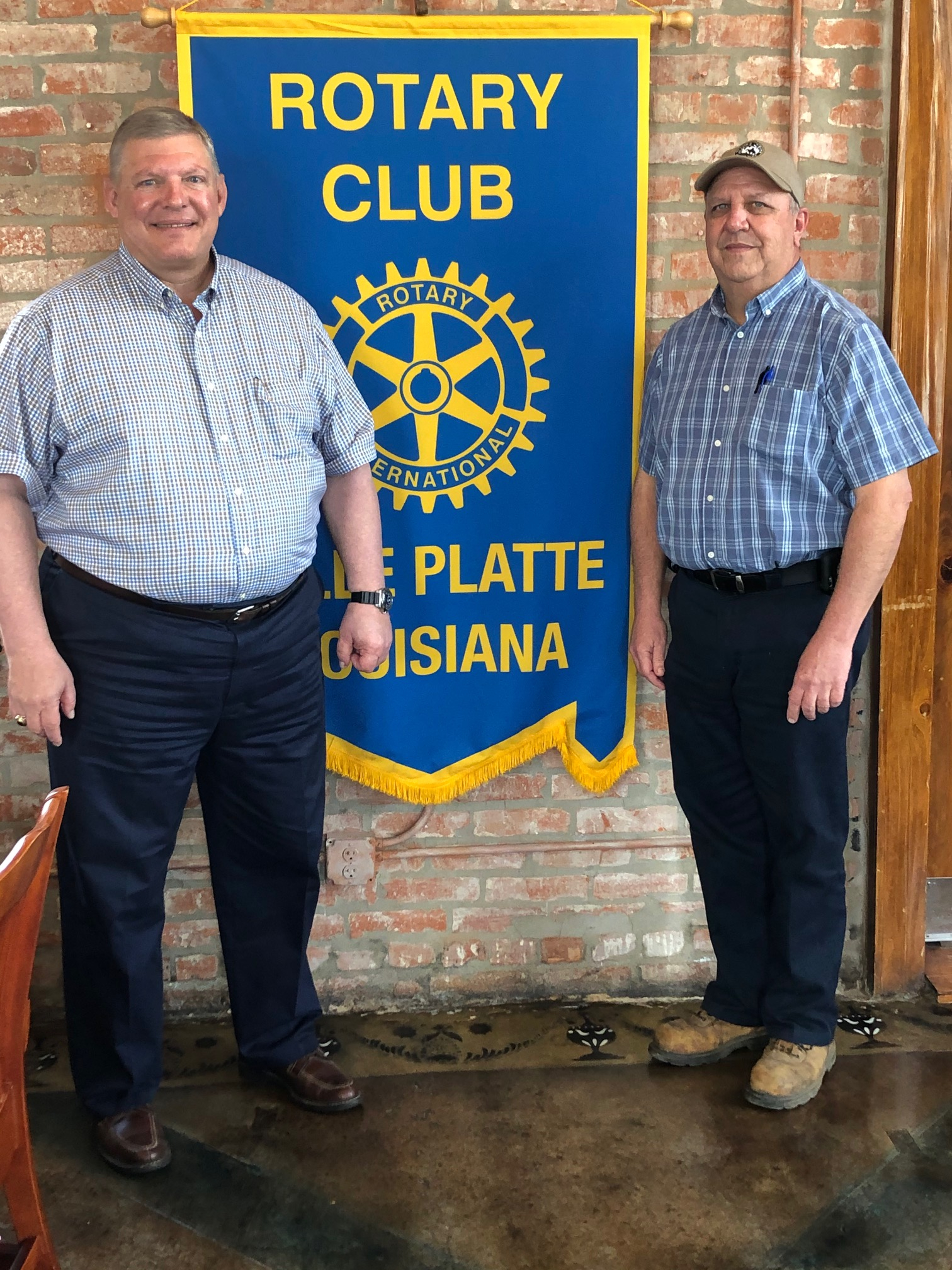 Ville Platte Rotary Club hears from Union Tank Official April 6, 2021 Union Tank Car Company Safety Supervisor James “Spanky” Vidrine was the guest speaker at today’s (Tuesday) meeting of the Ville Platte Rotary Club. He has been with the company for 27 years. Current plant manager Martha Guidry has been with the company for 45 years. The plant came to Ville Platte in 1967 and was called Lithcote. Later in the early 80’s, Union Tank purchased the plant. Union Tank has 29 repair shops around the country. The Ville Platte plant repairs and refurbishes railroad tank cars while its Alexandria facility builds brand new cars. On average, Alexandria builds some 70 tank cars a week. By law, railroad tank cars have to be serviced every ten years. Also Union Tank owns a fleet of over 130,000 rail cars it leases to private companies. The plant currently employs some 135 employees working two shifts a day. Despite Covid, the plant has remained busy. There are plans to expand the coatings shop and hire more welders. They anticipate increasing its work force to 170 workers in two years. Vidrine mentioned the president of Union Tank is expected to visit the local facility next week.