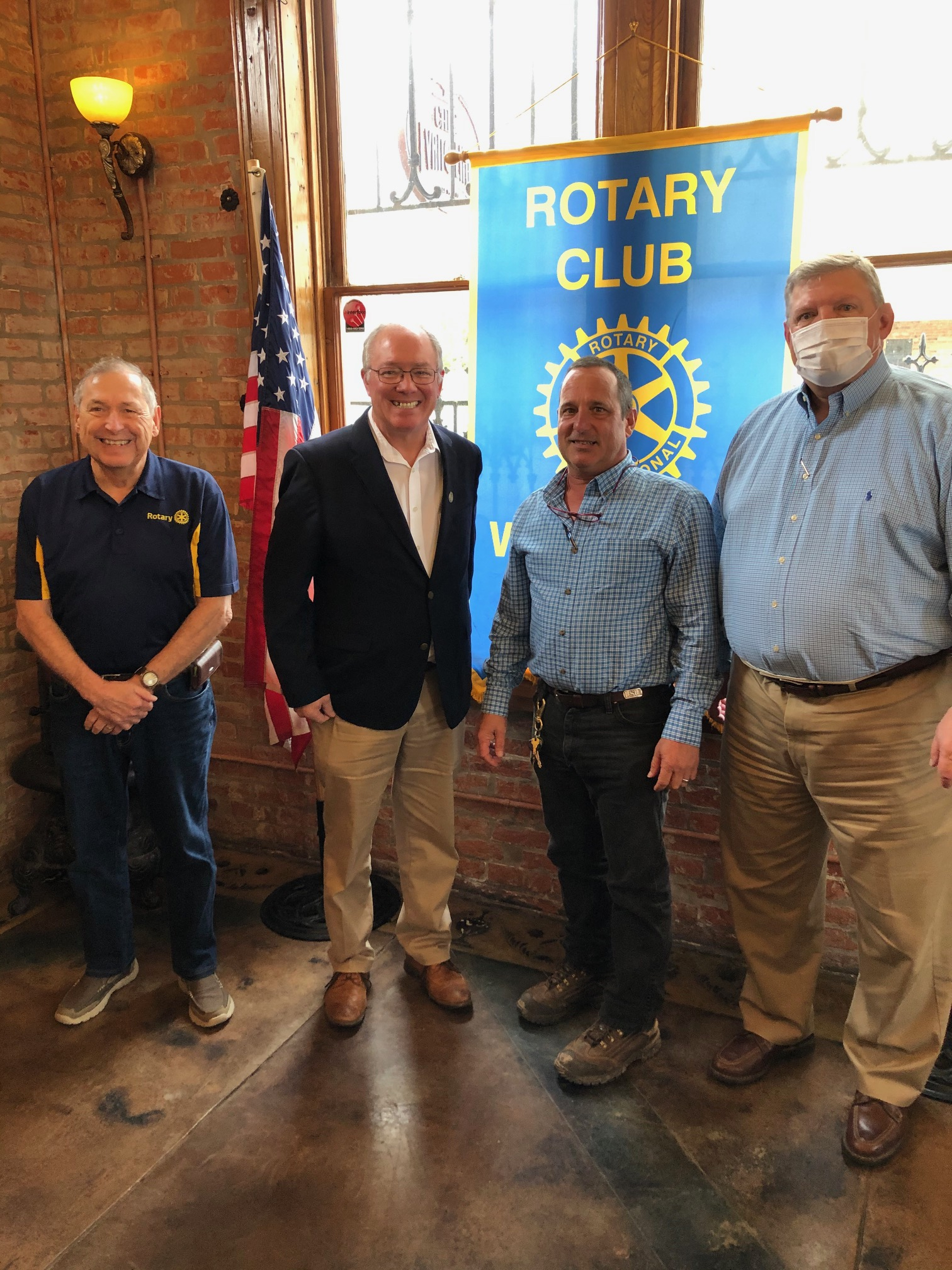 Ville Platte Rotary Club January 26, 2021 Evangeline Parish Registrar of Voters Lucas Buller and Clerk of Court Randy Deshotel were the guest speakers at today’s (Tuesday) meeting of the Ville Platte Rotary Club Meeting. Buller and Deshotel discussed the recent elections and what’s coming up in the election calendar in Evangeline Parish. There are 22,009 registered voters with 10,200 Democratic voters and 7254 registered as Republican. The other 4500 voters are independent or no party. It was announced that the next election is on March 20 where the Pine Prairie and Lone Pine fire districts will have a fire tax renewal. The police jury has also called for three cemetery tax renewals. Due to Covid 19, Louisiana voters were given additional days and longer hours to vote early. The recent Presidential election had a 70 percent voter turnout in Evangeline Parish compared to around 40 percent for an average local election. It was reported the large number of people who have registered as Republican in the past four years while Trump was president. There were some 3254 Republican voters when Trump became president and currently there are 7254. Clerk of Court Randy Deshotel reported to club members that his day on Election day begins at 5:00am when he travels to visit all 56 voting precincts in the parish. He is back in the office by 4;00pm with the Board of Election Supervisors as they certify all of the Early votes and they are sequestered until the polls close at 8:00pm. Both speakers were the guests of Rotarian Kip Manuel. In other rotary club news, Renee Brown reported that the downtown clean up day was a big success last weekend. Volunteers helped clean the store front in front of the Wyble Collection. Still to come, will be clean up efforts at the Care and Share Center and at Ardoin Salvage Store. The project is a joint effort of the Evangeline Parish Chamber of Commerce and the Acosta Foundation.